Christin Lore Weber has been writing a Caring Bridge blog for several years as she followed her husband through the torment of treatment for brain cancer and of his final journey. John died earlier this year but Christin continues to update this site -- writing with incredible beauty of her pilgrimage through grief. In her most recent blog she wrote:

"You are living in metaphors, I tell myself. The leaves. The dogs. Minnesota. Oregon. Can you live in your own being? Can you be still? And even that is metaphor because right away it brings Eliot’s poetry to mind -- “We must be still and still moving, into another intensity/ For a further union, a deeper communion,/ Through the cold dark and the empty desolation, ... In my end is my beginning.”

Christin is the author of several books on spirituality and her exquisite first novel Altar Music published by Scribner in 2001.

P.S. I just received notice that Christin is moving her writing to her Gather.com page. I also write on Gather.com where I post an eclectic assortment of essays, book reviews, photo essays, and fiction, and find the community of reading and writing friends I've met there invigorating.

Posted by Beryl Singleton Bissell at 9:12 AM No comments: 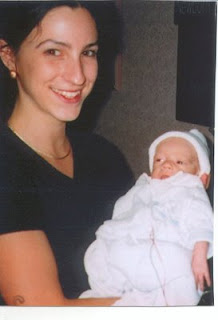 What was I doing at a concert on the night of 9/11/01 among a swaying praising group of evangelicals when my heart was sick with grief over the tragedy taking place in ?

What was I doing at a Praise God concert when I should have been at home waiting for my daughter who was driving 254 miles to be with me on that awful day?

What was I doing keeping my daughter waiting, when this was the last visit she’d ever make; when the following week -- on the same day, and at around the same hour -- a bullet would take her young life.

The nation was suffering, my daughter was suffering, and this group of traveling gospel singers was singing songs of joy and the audience was on its feet singing with them.

The concert was meant to be one of praise, to be worship-filled and trusting, but I found it inappropriate and shallow: the waving arms and swaying bodies a pretense of praise in a time of agony.

I was in anguish to leave that concert. My daughter was coming home and I'd put a prior commitment before her needs. I'd been consumed with worry about her and now that she was coming home, reaching out to me, I wasn't there to greet her. Instead she had to wait hours for my return.

As I sat there, shuddering inwardly throughout the entire event, I wanted to gather the elderly women I'd offered to take to this concert, and flee from that temple back home to my daughter. Instead I waited for it to end, and afterwards agreed to stop for a bite to eat on the way home.

What a mistake. Francesca was huddled on the couch watching the replay of the 9/11 events when I got home. I took her in my arms and held her close. She'd come home because she wanted to be with her mother, because she was afraid, because she was reaching out instead of pulling away.

That night she asked me if she could move back home with us. I said yes . . . and then I let her leave to get her things. Letting her go was an even greater mistake than not being there to greet her when she arrived that night.

“Accepting ourselves means accepting the whole package, the whole sour and sweet, lovely and larcenous mess that we are” says Philip Simmons in Learning to Fall: The Blessings of an Imperfect Life, a book of powerful, illuminating essays he wrote during the final stages of ALS (aka Lou Gehrig’s disease), his promising literary career cut short at the age of 35.

It is so hard to accept this “lovely and larcenous mess that we are,” isn’t it? We look on our mistakes as failures, especially when the results are so devastating. 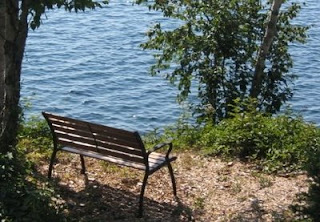 If I escape from the clamor of my thoughts into the silence of the breath, why do I find this journey so difficult? Thirty years of practice and my mind continues to rebel. Sometimes I find myself closer to the divine midst the stress of the daily. I stop and enter the presence.
Posted by Beryl Singleton Bissell at 2:16 PM 4 comments: